21/06/22
Back to articles
Tweets by DundeeCouncil 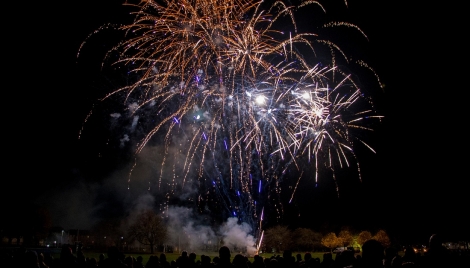 The venues have been assessed against the forthcoming PROTECT duty which aims to make the public safer at publicly accessible locations, and while Lochee Park was given a clean bill of health, concerns about how easy it would be to get people out if there was an emergency, cast a shadow over the Stobswell venue.

Mark Flynn convener of Dundee City Council’s city development committee said: “While I understand that some people may be disappointed by this, our first priority has to be the safety of people in our communities and with the changes in guidance, that can no longer be taken for granted

“The pandemic has also had a role to play, in particular last year when we were unable to stage fireworks displays and instead channelled the money into an even better offering for residents and visitors at Christmas, showing what could be done if we look at things differently and don’t simply keep doing things the way they’ve always been done.”

Council officers, along with Police Scotland and Scottish Fire and Rescue Service, raised concerns about the wall and railings surrounding Baxter Park and the restrictive width of exits.

Other solutions including reducing capacity at Baxter Park or having a single display at Lochee Park would not be viable, and while alternative venues were also considered, the relatively short timescale combined with the changes required also made this option unfeasible.

If the city development committee which meets on Monday (JUNE 27) agrees to end the fireworks displays, the budget will be used to support an enhanced winter programme, including Christmas activity.

Back to articles
Tweets by DundeeCouncil
Lord Provost Blog #1