Preparations for 16 Days of Activism to End Gender Based Violence

18/10/21
Back to articles
Tweets by DundeeCouncil 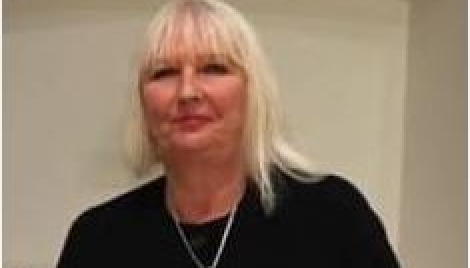 PREPARATIONS for Dundee’s response to one of the world’s biggest campaigns on preventing violence against women and children are in full swing, with people from all walks of life being encouraged to take part.

From November 25 to December 10 each year the United Nations runs its global campaign, which this year in Dundee will see opportunities to show solidarity through creating, dancing, marching and lighting up.

Ann Hamilton chair of the Dundee Violence Against Women Partnership said: “It feels like we are at a critical moment when the focus on the perpetrators, systems and physical spaces which enable male violence against women and children has never been more intense.

“High-profile murders, increases in domestic violence during the pandemic and a growing sense of anger and injustice combine to make this a point in time when we must harness that energy and end violence against women once and for all.

“We have put a considerable amount of effort into this year’s programme in Dundee and I would encourage as many people as possible to take part and show their support.”

To launch this year’s activism a march to reclaim the night will take place on November 25 led by WRASAC with participants from other women’s organisation.

Preparations for the march will include creative workshop to make posters, banners and visible markers such as pompoms and painted rocks for the march.

Starting on November 1 the creative workshops will also help participants to produce posters, banners and candle holders for the final day vigil on December 10.

On the same day prominent city buildings including the V&A, Police Scotland’s office in Bell Street, St Mary’s Tower at the City Churches and McManus Galleries will be lit up to mark the event.

People are also being encouraged to help light up the whole city with candles, torches and fairy lights outside their homes.

A dance event, also on the final day, will showcase the energy and excitement of campaigning with participation from city secondary schools.

Other events for professionals working in the field will include workshops and a summit.

A social media campaign encouraging participation is set to launch this week under the banner “What will you do?”.

Full details of this year’s programme and how to get involved can be found at https://www.dvawp.co.uk/news/16-days-activism-2021

Back to articles
Tweets by DundeeCouncil
Olympia maintenance programme

A COMBINATION of survey works, planned refurbishment and repairs could see the swimming pools at...