17/09/21
Back to articles
Tweets by DundeeCouncil 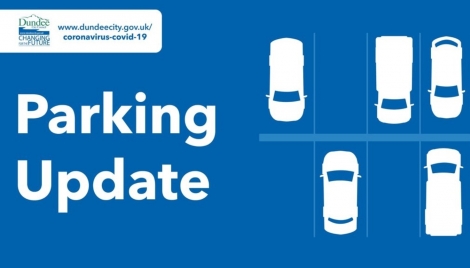 DRIVERS are being reminded that charging is to resume in seven West End car parks from September 27.

Charges were suspended at Roseangle, Pennycook Lane, Miller’s Wynd, Ryehill Lane, Mid Wynd, Union Street North and Bellfield Street North until the start of the University of Dundee’s first semester to support local residents who continued to work from home.

Signage will be displayed and notices on parking meters telling people that charges were suspended will be removed.

Charges will be in operation at the car parks Monday to Friday, 9am to 5pm with the first two hours free, then £1 for two to four hours and £2 for a maximum stay of eight hours. A valid ticket or Just Park session must be obtained even for free parking sessions as this is time restricted.

The reintroduction of charging at most council run surface level and multi storey car parks in the city, as well as on street pay and display bays, resumed on Monday May 10.

Preparations for 16 Days of Activism to End Gender Based Violence

PREPARATIONS for Dundee?s response to one of the world?s biggest campaigns on preventing violence...

Progress in the roll-out and installation of accessible play equipment throughout Dundee is...