08/09/21
Back to articles
Tweets by DundeeCouncil 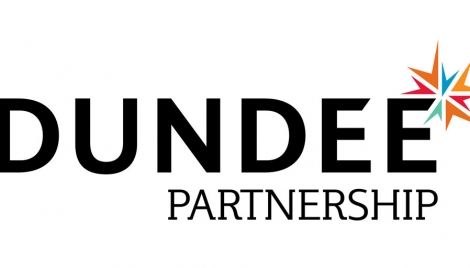 A survey has been launched as part of the review of progress made in response to the findings of the Dundee Drugs Commission.

The questionnaire seeks the views of people and organisations across the city who have an interest, whether personal or professional, in the issues relating to drug use in Dundee.

It is part of the information-gathering exercise being undertaken by Commissioners to assess progress following the publication of their Responding to Drug Use with Kindness, Compassion and Hope report.

The review – chaired by Dr Robert Peat and looking at changes implemented since December 2019 - has been welcomed by the Dundee Partnership as it continues to address the number of drugs deaths in the city.

The new survey has been produced by Figure 8 Consultancy, which is supporting the work of the Commission in its review.

It consists of six questions and should take about 5-10 minutes to complete. The survey will remain open until Friday, October 1 at 5pm, and can be accessed here.

Answers will be anonymous and no quotes will be used in the final report. Further information on privacy and how the data will be handled is available via the survey link.

Dr Peat said: “Since the review began in the early summer, we have made good progress in understanding the work which has been undertaken in response to the Commission’s findings and the impact that is having.

“However, it’s important that we seek as wide a range of views as possible, and this survey is a way for a broad spectrum of people and agencies with an interest to share their opinions with us.

“We want to hear from organisations and individuals, including professionals working in the field or related areas, people with experience of drug use and family members.

“Opinions on measures already implemented, and what else needs to be done, to reduce the number of drugs deaths in the city will be invaluable to the Commission.”

Anyone with queries about the survey should contact Figure 8 Consultancy directly at enquiries@f8c.co.uk

The online questionnaire is just one of the methods being used by commissioners as they gather information about the progress made. A series of information-gathering meetings is already under way, and will continue until December.

The Dundee Partnership is made up of representatives from key local public agencies, academic institutions and representatives of the business, voluntary and community sectors.

It pools the strengths of all partners to deliver a vision for the city which improves people’s lives. Among its key priorities is tackling the root causes of social and economic exclusion, creating a community which is healthy, safe, confident, educated and empowered.

In December 2019, the Partnership agreed an Action Plan which includes a number of short and longer-term measures aimed at reducing the toll that drugs take on communities.

It was produced in response to the report by the Dundee Drugs Commission, which was tasked by the Dundee Partnership with considering what more could be done to reduce the rate of drug deaths in Dundee.

Back to articles
Tweets by DundeeCouncil
Headstone safety works in cemeteries

Significant progress by the council has been made to reduce risks associated with historic...