His Royal Highness The Prince Philip, Duke of Edinburgh

09/04/21
Back to articles
Tweets by DundeeCouncil 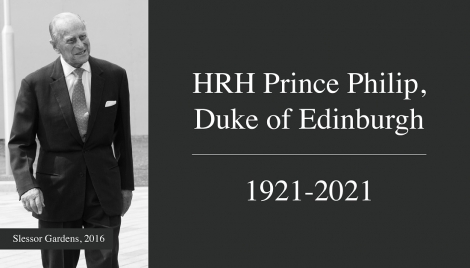 The Lord Provost said: “I want to pay tribute to Prince Philip and send my condolences to Queen Elizabeth II and the Royal Family at this time.

“Prince Philip definitely left an impression on Dundee and was no stranger to the city, having visited on many occasions over the years.

“The Duke of Edinburgh last officially visited in 2016, accompanying The Queen on a visit to the city’s new Slessor Gardens as well as the Michelin plant and Dundee University.

“The affection felt by Dundonians towards the Queen and Duke was very much in evidence that day, with crowds gathering to greet them on the balcony of the City Chambers.”

The flag at the City Chambers has been lowered to half-mast as a mark of respect.

An online Book of Condolence is now available on the Royal website for those who wish to send a personal message of condolence: http://bit.ly/3rZF8tT

Back to articles
Tweets by DundeeCouncil
Car parking changes

DRIVERS are being reminded of a number of changes to Dundee?s car parks from next week.In...

Leading public, private partners and environmental groups across the city have come together to...