22/11/22
Back to articles
Tweets by DundeeCouncil 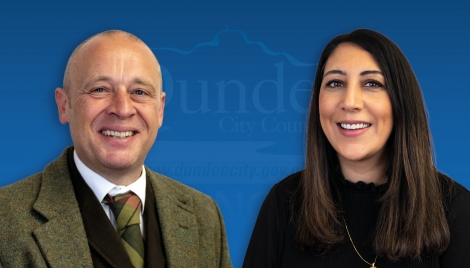 COUNCILLORS in Dundee have unanimously adopted two definitions that will help to identify and deal with instances of religious intolerance in the city.

The council's policy and resources committee agreed to back the international working definition of anti-Semitism adopted by the International Holocaust Remembrance Alliance (IHRA) and the All-Party Parliamentary Group on British Muslims definition of Islamophobia.

Depute Lord Provost Kevin Cordell, who brought forward the discussion on anti-Semitism, said: "Dundee has a very positive record of working within our communities and educational services to tackle religious intolerance, but we must continue to raise awareness and work with stakeholders to ensure that the city's diverse communities are supported.

"That's why it is important to formally recognise that anti-Semitism is a certain perception of Jews, which may be expressed as hatred towards Jews, where rhetorical and physical manifestations of anti-Semitism are directed towards Jewish or non-Jewish individuals and/or property, toward Jewish community institutions and religious facilities."

Meanwhile, Cllr Nadia El-Nakla, the council's spokesperson on equalities who highlighted the agreed definition of Islamophobia, said: "Unfortunately Islamophobia is a growing issue, both locally and nationally, with approximately 80% of Muslims in Scotland having direct experience of it.

"The All-Party Parliamentary Group (APPG) on British Muslims definition of Islamophobia describes it as rooted in racism of a type that targets expressions of Muslimness or perceived Muslimness.

"By adopting the agreed definition of Islamophobia, we are taking an essential step towards tackling it in a targeted and effective way."

It is hoped that by adopting both definitions Dundee City Council can build on positive work already being delivered as part of the city's Faith Covenant, agreed in 2020.

The covenant commits the council to:

The council also recognised the importance of faith groups across Dundee and the vital role that they play within, and for the benefit of, the city's communities.