25/05/22
Back to articles
Tweets by DundeeCouncil 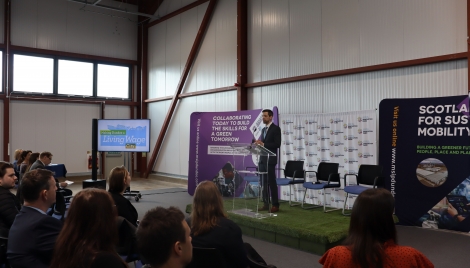 Despite the economic impact of the pandemic, the Living Wage movement in Dundee has continued grow. There are now over 100 employers in the city that pay the real Living Wage and almost 20000 people in Dundee are being paid this enhanced rate.

At the event held yesterday (May 25), Dundee City Council Leader John Alexander outlined the city’s continued drive towards making Dundee the first Living Wage City in the UK and set out what the Living Wage Action group hope to achieve in the next three years.

“In Dundee we are incredibly proud to be championing the real Living Wage and it’s encouraging to see the progress that has been made to date.

“We have set ourselves ambitious targets for the next three years as we look to continue the drive towards making Dundee a Living Wage City.

“It is hoped that the number of accredited real Living Wage employers will increase by more than a third.

“In addition, we want to increase the number of workers uplifted to the real Living Wage by more than a thousand.

“These are bold targets and show our commitment to the trying to ensure that the workers of Dundee are getting more money in their pockets. This is particularly important as we battle the cost of living crisis.”

“Since becoming the first Scottish and UK city to become a Living Wage Place, you have shown the importance of a place-based approach in promoting the real Living Wage.

“Payment of the real Living Wage is good for workers, businesses and the economy. It puts more money in workers’ pockets, improves staff retention, productivity, and reduces recruitment costs. Ensuring workers are paid fairly is fundamental to making Scotland a Fair Work Nation.”

"We are encouraged by the progress toward ‘Making Dundee a Living Wage City’ and delighted to see this commitment extended to the next 3 years. There are now over 2700 accredited employers in Scotland, which includes over 100 employers based in Dundee.

“Despite the challenges currently faced by business, employers in Dundee have signalled their commitment to tackling in-work poverty and demonstrating leadership and resilience.

“We hope to see more employers in Dundee become accredited to drive the vision of Making Dundee a Living Wage City, and to tackle in-work poverty."

Back to articles
Tweets by DundeeCouncil
Lord Provost Blog #1