19/10/20
Back to articles
Tweets by DundeeCouncil 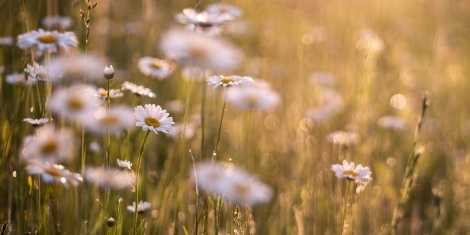 The public is being invited to have its say on proposals to create biodiversity zones and areas of naturalised grassland in open spaces across Dundee.

A consultation will begin tomorrow (20 October) to seek views on the plans, which would allow grass to grow longer in parts of existing green spaces and help create better habitats for insects, birds and other wildlife.

As the grass in Dundee’s parks and greenspaces was left to grow longer during lockdown, many local people got in touch with the Council appreciating the wildlife and particularly pollinators which were attracted to the longer grass.

In response to that feedback, the Council proposed that a number of additional areas within 27 parks and green spaces could be identified as potential biodiversity grasslands and naturalised grasslands.

Once grass cutting resumed in June, these potential locations were left uncut and signage erected informing users of the Council’s intentions.

Over the last few months, many more local people have let us know how they feel about longer grass in parts of their local parks and green spaces.

Anne Rendall, Convener of Neighbourhood Services, said: “This survey provides an opportunity for individuals, groups and other interested parties to give us feedback about the proposed biodiversity grasslands and naturalised grasslands in the City’s local parks and green spaces.

“They may be on your doorstep or further afield, but we want to gather as much information and as many views from local people as possible.”

Once the survey has closed, the information will be analysed to help form recommendations for next steps.

The survey will be open until 31 December. For more information and to take part, visit the consultation page on the Council website.