24/04/19
Back to articles
Tweets by DundeeCouncil 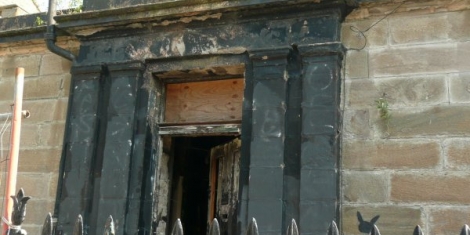 A WEST-END landmark that had fallen into disrepair is up for sale after a number of issues were resolved.

The building at 28 Roseangle was a former guest house but for the best part of a decade was empty and deteriorated before it was compulsorily purchased by Dundee City Council last year.

Now after remedial works were carried out at the three-storey property, council chiefs have put it up for sale.

Lynne Short, convener of Dundee City Council’s city development committee, said: “As one of the most prominent buildings in the West End Lanes Conservation Area, 28 Roseangle has become a bit of an eyesore over the years.

“Since we bought the property and had the most immediate problems dealt with it is time for someone to take on what could be a bonny building with the right investment, imagination and sympathetic reinstatement.

“It is Category C-listed and dates from around 1830 and as well as being a guest house has also been a comfortable family home.”

In 2015, when the building had been vacant for at least ten years, planning application and listed building consent were applied for to restore, extend and convert 28 Roseangle to a 21-bedroom hotel.

That permission was not granted and an appeal to the Planning and Environmental Appeals Division (DPEA) of the Scottish Government was not upheld.

The following year the council put up fencing to secure the site and started the Compulsory Purchase process.

Listed as a two storey villa with basement and three bay windows, the property has a prominent front doorway reached by a small bridge. Down the years it has been altered in line with current architectural fashion, as in 1850 when one of the bay windows was changed and a two storey chimney was added in the late 19th century. It has cast-iron railings on the frontage to Roseangle and high garden walls to the rear which would originally have overlooked the Tay Estuary.

Prospective buyers can find details of 28 Roseangle at https://www.investindundee.com/landandproperty in the coming days.