14/10/20
Back to articles
Tweets by DundeeCouncil 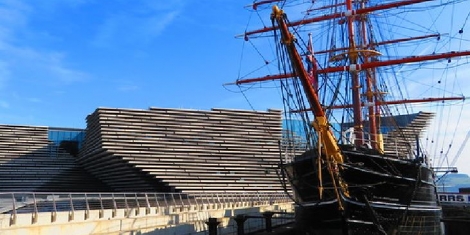 Dundee has been recognised as the best place on the Scottish mainland to experience heritage.

The Royal Society of Arts and the National Lottery Heritage Fund ranked Dundee City as second of the 32 Scottish local authority areas on its Heritage Index, behind only the Orkney islands.

The annual Pride in Place study also found that the city is well placed to build further on its strong heritage activity, ranking second in the country for Heritage Potential.

The Heritage Index assesses the range of activities and assets across local areas, which can include listed buildings, funding streams and general participation in heritage.

The report stated: “Dundee City occupies an interesting space in the Heritage Index, ranking second both in the overall index and in terms of heritage potential.

“This means that despite the area’s high ranking for heritage, there is even further potential in the assets within the city.”

The authors also noted that engagement and participation were the areas where the city could further unlock its heritage potential.

Council Leader, Councillor John Alexander said: “I’m sure it’ll come as no surprise that Dundee scored so highly for its rich museum offering, high number of parks and green spaces and the overall historical environment that we inhabit.

“We have so many fantastic museums and galleries, including the award-winning McManus, Discovery Point and Verdant Works, the Unicorn and the Transport Museum, as well as of course V&A Dundee and others.

“And our green spaces are renowned – Slessor Gardens being the most recent addition to a list that includes fantastic parks across the city.

“It’s great to see further praise and recognition of Dundee’s heritage and cultural offering for residents and visitors.

“The report acknowledges what we have achieved in the city already and also recognises the potential we have to build on.”

The news comes after Dundee was praised in a recent Royal Society of Arts report for delivering a heritage and culture-led regeneration while strongly focusing on the identity of the city.