13/08/20
Back to articles
Tweets by DundeeCouncil 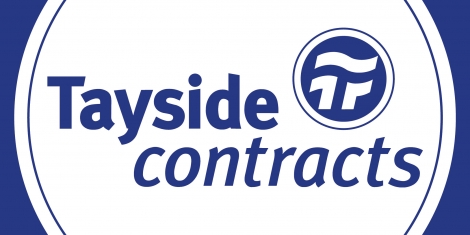 A new managing director has been appointed to Tayside Contracts.

Keith McNamara, who is currently Depute Director of Housing and Environment for Perth & Kinross Council, will take over from Iain Waddell who is retiring after nearly 25 years in the role.

It is the commercial trading arm of Angus, Dundee and Perth & Kinross councils and employs around 2500 people operating out of more than of 300 establishments.

Mr McNamara has worked for Perth & Kinross Council and its predecessor since 1988, starting as an Environmental Health Officer.

His career has taken him to roles in the local authority ranging from Principal Officer - Food Safety to Head of Community Planning, Strategic Commissioning and Organisational Development.

Mr McNamara led the team behind the successful delivery of the Ryder Cup at Gleneagles in 2014 and has headed up council efforts around transformational leadership and change.

He said: “I am delighted to be joining Tayside Contracts, and am looking forward to working alongside so many dedicated and professional people, who provide such valuable public services every day. Taking over from Iain is a lot to live up to, as he is so highly regarded both locally and nationally, and I wish him a well-deserved and happy retirement.”

Iain Waddell said: “I have known and have worked with Keith over many years and am sure that he will be an excellent Managing Director, building on what we have all achieved since Tayside Contracts was established in 1996.  He has a wealth of local government and commercial experience which he will be bringing to the organisation and I wish him and Tayside Contracts every success for the future”.

Councillor Angus Forbes, convenor of Tayside Contracts Joint Committee, said: “We are delighted to welcome Keith on board as Tayside Contracts’ new managing director when Iain retires later this year after nearly quarter of a century in post.

“I want to thank Iain for all his years of service. He will leave big shoes to fill but having worked with Keith at Perth & Kinross Council I know he is the right person to deliver continued success for Tayside Contracts as we move forward.”