24/06/19
Back to articles
Tweets by DundeeCouncil 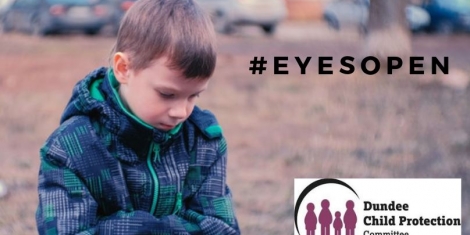 People in Dundee are being encouraged to keep their Eyes Open for children at risk during the school holidays.

As Dundee City Council schools prepare to ring the end of term bell on Friday for the holidays, a national child protection campaign is urging everyone to do their bit to help protect potentially vulnerable children while school’s out for summer.

The Eyes Open campaign appeals to members of the public to play a part to keep children safe from harm during the long break in the school routine.

“Most children in Dundee look forward to having lots of fun and free time during the school holidays but for some families the summer break can bring extra stress and pressure,” she said. “In some cases, children might not be looked after or supervised properly, and some might even experience serious neglect.”

The campaign has been organised by Child Protection Committees Scotland, a nation-wide grouping of child protection professionals, with a clear message that everyone in every community across the country is responsible for child welfare.

As well as being vigilant, Norma said people must take action if they are concerned about a child during the school holidays.

She continued: “We’re simply asking people in Dundee to keep their eyes open for telltale signs that all is not well. Signs that a child might be at risk could include being alone and unsupervised, being out and about at all times of day or night or even going into “party” flats.

“A vulnerable child might be very dirty or persistently hungry, or have parents who are drunk in charge of them. If you’re at all worried, it’s important to take action.”

CPCScotland are clear that it’s much better to say something than do nothing. CPCScotland Chair Alan Small said that your intervention could help a child at risk.

He added: “You can ask the child if they’re okay or even offer the family some support. Or, if the situation is serious and you’re very worried contact Dundee City Council’s social work department, or the police.”

If you think a child is being harmed, the Dundee Child Protection Line can be contacted on 01382 307999.