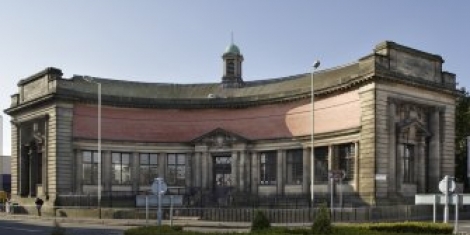 ONE OF Dundee’s most historic libraries is set for a £700,000 upgrade.

The facility at Coldside could be in for alterations and an extension that would include a new external lift and shaft, accessible toilets, upgraded lighting, new floor coverings and redecoration to the entire library inside and out.

Lynne Short convener of Dundee City Council’s city development committee said: “Leisure and Culture Dundee raised proposals last summer to upgrade the library and I am pleased that the tender for the works has come forward and the council’s Construction Services Division are in line for the work.

“This project will take one of our iconic 20th century Carnegie libraries and give it a new lease of life fit for the 21st century.”

In 1901, Dundee Town Council approached philanthropist Andrew Carnegie's advisors about funding libraries throughout the city. After examining the proposals, Carnegie promised £37,000 for the building of five branch libraries in Dundee including Coldside which designed by renowned City Architect, James Thomson.

Dundee was one of the first places in Scotland to provide its citizens with a free library, when in 1869 the Dundee Free Public Library opened in the city's Albert Memorial Institute, now The McManus, designed by George Gilbert Scott.

Before its Carnegie libraries (Arthurstone, Blackness, Blackscroft, Broughty Ferry and Coldside) Dundee had a two-tier system of borrowers. New books were reserved for middle class subscribers who paid an annual subscription, while working class readers who could not afford the fees had to wait a year for the books to become available.

The demand for books was so great among the general population of Dundee that the council was keen to provide more libraries. The branch library at Lochee was built in 1895 financed by a legacy from the late Thomas. H. Cox.

As part of the upgrading work to Coldside a new meeting room which will provide a private space for health, social care and employability partners is also planned and the reception desk will be replaced with a new, lower unit.

If the city development committee, which meets on Monday agrees the tender work on the £716,000 project will start in spring and is expected to be completed by autumn.

Back to articles
Tweets by DundeeCouncil
Parking charge suspension continues