29/11/18
Back to articles
Tweets by DundeeCouncil 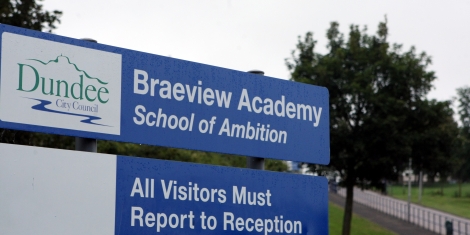 Transition arrangements for the return of pupils to the Braeview Academy site following a major fire in September have been confirmed.

A complex of temporary classrooms is being created in the grounds of the school. Parts of the school itself are also being made available for use in a large-scale, seven-day-a-week operation.

Letters confirming the plans have been sent to the parents/carers of all the Braeview pupils. An update meeting will also be held next week.

Executive director of children and families Paul Clancy said: “What has been achieved in the 11 weeks since the fire is nothing short of incredible.

“Unfortunately the weather has not been kind to us, with heavy rain and winds of around 60mph impacting on the work on site.

“We always knew that would be a possibility at this time of year.

“Despite that, the fantastic work which has been done means we can get the pupils back and settled in at Braeview before the Christmas break.

“From what I have already seen, the accommodation we are returning to is of a very high standard. We will also have access to more of the existing school facilities than previously thought.”

Arrangements put in place after the fire have seen pupils bussed to either Baldragon Academy or Craigie High. The last day of these temporary arrangements will be December 12.

To allow staff to prepare the Braeview classrooms, all pupils will be asked to stay at home on December 13.

Senior pupils will attend at Braeview on the afternoon of December 14, while S1-4 will return on December 17.

Children and families convener, Councillor Stewart Hunter, said: “Since this awful fire, we have been determined to minimise the disruption to pupils’ education in difficult circumstances.

“I’m grateful to everyone who has been involved in organising the return to Braeview Academy. I know work will be continuing apace to make the site ready for the pupils’ return.

“I look forward to seeing the young people back ‘home’ before Christmas, and thank parents and carers for the patience and understanding they have shown.”

The latest update meeting for parents/carers will take place at the North East Campus, Lothian Crescent, on Tuesday December 4 at 6.30pm.