Positive Contribution of Community Payback Orders to the City

19/09/18
Back to articles
Tweets by DundeeCouncil 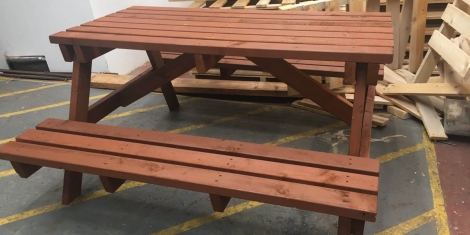 More than 650 Community Payback Orders were imposed in Dundee in 2016/17 according to the latest figures.

The statistics are revealed in the sixth annual report on the local operation of Community Payback Orders (CPOs), which also show that 40,016 unpaid hours of work were carried out.

Alan Ross convener of Dundee City Council’s community safety and public protection committee said: “CPOs are generally used by the courts as a disposal for less serious offences where people are motivated to work towards resolving the issues that have brought them into contact with the criminal justice system.

“By undertaking unpaid work in the community they can also make a positive contribution to their neighbourhood by tackling things like litter removal and gardening.”

The report, which will be discussed by the committee on Monday (September 24) shows 656 new CPOs were imposed compared with 793 the previous year.

In total, there were 106 Unpaid Work team projects and 33 individual placements during the year.

Work was carried out in every area of the city and focused on practical assistance to vulnerable groups, including installing ramps for disabled access, renovating a communal garden for a sheltered housing complex, improving play facilities for primary children, renovating furniture and transforming a neglected allotment into a market garden.

As part of unpaid work, there was also a continued focus on providing other activities, which can make up to 30% of the required hours and can include areas such as victim awareness, alcohol or drug education and literacy and numeracy tutoring. In total, 900 hours of other activity were completed, a small drop on the 939 hours completed the previous year.

Every recipient of unpaid work and 93% of people subject to an order were satisfied with the work carried out and support provided.

Cllr Ross added: “CPOs offer the courts a robust community based sentencing option and since they were introduced, the proportion of Court Reports resulting in a prison sentence has reduced from 24% to 11%.

Community Justice Services (CJS) continue to implement CPOs alongside other services in a continued effort to increase community safety and improve outcomes for adults who offend.