02/08/18
Back to articles
Tweets by DundeeCouncil 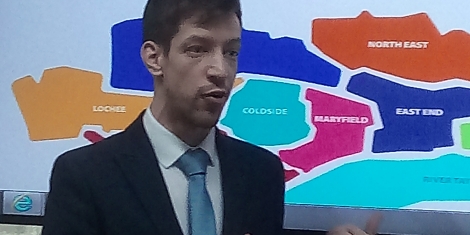 INDEPENDENT research into participatory budgeting has described Dundee Decides as “an outstanding success” which should act as an inspiration to other councils.

The report by PB Partners, a social enterprise commissioned by the Scottish Government, highlights good practice and points to consider from the engagement project run earlier this year.

It saw citizens from every community helping to direct how Dundee City Council spent the £1.2 million Community Infrastructure Fund.

Each of the council’s eight electoral wards – Strathmartine, Lochee, West End, Coldside, Maryfield, North East, East End and The Ferry - was allocated up to £150,000 to spend on infrastructure improvements.

The 20-page document breaks down the process from the initial idea to delivery with an evaluation section at the end of each.

John Alexander leader of Dundee City Council said: “We were the first council in the country to allocate a proportion of our mainstream budget to this participatory process and the people of Dundee got behind it to tell us where we should be spending their money.

“The report highlights many areas of good practice and a number of points to consider for the future, but what gives me most pride is the comment that there was a clear sense throughout the process of a shared achievement and potential.

“In our ambitious forward looking city we are happy to ensure that everyone in Dundee gets an equal chance to be part of it and I am delighted that almost 11,500 people took that opportunity.”

Voting was open to everyone who lives in Dundee aged 11 or above with the money being used for physical projects like improvements to play areas, introducing pedestrian crossings, pavements, lighting and planting.

Among the comments in the report, the authors note that the “…approach made good and appropriate use of Dundee’s existing community engagement strategies, avoiding having to ‘reinvent the wheel’ or consultation fatigue within the community.”

Giving its summary of the process the report says: “Of the 11,500 votes received, 4400 voters completed the online evaluation forms.

“The overall responses were overwhelmingly positive, but in itself, a completion rate of over 35%, where the average response rate to these exercises hovers around 10% indicates residents’ positive engagement with the process, and willingness to support it.”

It adds that the approval ratings of the process are uniformly high with more than 80% thinking that this is a fair way to allocate funds.

More than three quarters (77%) of respondents hadn’t been involved in any community engagement exercise before, which the report describes as “particularly striking”.

It concludes: “Overall, Dundee Decides has been an outstanding success, in terms of pioneering the development and delivery of a pilot mainstream PB programme in Scotland, and something that will hopefully serve as an inspiration to other local authority areas as they develop their PB programmes in future.”