26/01/18
Back to articles
Tweets by DundeeCouncil 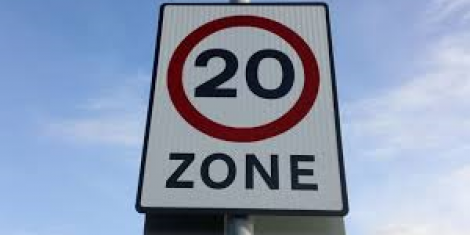 AN EXPERIMENTAL 20mph speed limit for streets in Dundee has come a step closer.

Traffic chiefs in the city have promoted an “Experimental Order” in the interests of road safety and to create a safer environment in and around the Glens and Johnston Avenue.

If approved the area will have a 20mph for 12 months before it is reviewed.

Mark Flynn depute convener of Dundee City Council’s city development committee said: “Following an extensive consultation on the proposed introduction and use of 20mph zones this area came out very strongly in favour.

“As a result the council has agreed that we will bring in a 20mph limit for a year to find out what effect it has on road safety, traffic movement and pedestrian access.

“Anyone who wants to object can do so until February 16 after which it will go to the city development committee for final approval before the scheme is implemented.”

More than 95% of residents in Johnston Avenue who responded to the council run survey in 2016 were in favour of making it a 20mph zone. The overall figures showed that 56% of those who responded city wide said they wanted the maximum speed reduced by 10mph.

Cllr Flynn added: “A trial will help us to find out more about how to balance residents' responses with the need to keep the city safely on the move as effectively and efficiently as possible.”