26/10/17
Back to articles
Tweets by DundeeCouncil 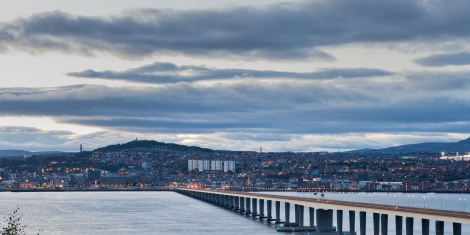 Dundee has been named “Scotland’s coolest city” and one of the world’s top 10 places to visit by an American news giant.

The Wall Street Journal placed the City of Discovery fifth on its list of the top 10 locations in the world to visit in 2018, ahead of destinations like Shanghai, Montenegro and Madagascar.

The acclaim from the prestigious New York-based newspaper, which is read by millions of people in print and online every day, comes as Dundee prepares to send off its bid to become European Capital of Culture 2023 today.

Dundee council leader John Alexander said: “This is fantastic recognition for the city. Once again the story of Dundee’s transformation is being told to a global audience.

“The world is fast becoming aware of what we in Dundee already know – that this city is a really cool place to live, work, play and visit.

“We look forward to welcoming Wall Street Journal readers and other travellers to the city in 2018, the year that will see the opening of the V&A at Dundee.

“The publication of this article couldn’t be better timed, with our bold and ambitious bid to become European Capital of Culture in 2023 being sent off today.

“If we’re already one of the coolest places to visit in the world in 2018, then just imagine where we could be by 2023.”

The Wall Street Journal praised the new V&A Museum of Design as the centrepiece of “a $1.5 billion transformation of the faded riverfront” which will “celebrate the country’s unsung design heritage—from jute to Minecraft’”.

Other destinations to make the list included the Faroe Islands, Puebla in Mexico, Peru’s Kuelap, Minneapolis in the United States, Montenegro, Grenada and La Rioja in Spain.