Your Bus Your Say survey

12/10/17
Back to articles
Tweets by DundeeCouncil 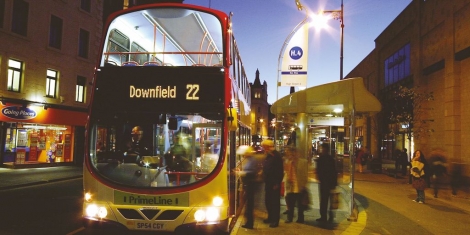 DUNDEE City Council has thrown its weight behind a survey to find out what people think of the country’s bus services.

With a new Transport Bill due to be introduced next year by the Scottish Government Citizens Advice Scotland has launched the “Your Bus Your Say” survey to gauge public opinion.

Mark Flynn depute convener of Dundee City Council’s city development committee said: “Public transport is an emotive and important issue, particularly in Dundee where almost 45% of households don’t have access to a car.

“More than half of Dundonians have been on a bus in the last month but in the past we have found that their voices are simply not being heard by the decision-makers.

“That’s why we are not only encouraging as many people as possible to take part in the survey but we are also offering practical help to complete it.

“Anyone who is unable to go to www.cas.org.uk/betterbuses can phone 433468 and a member of council staff will go through the questions with them and respond on their behalf.

“From other research we already know that more than 78% of people in the city who use bus services say they are satisfied or very satisfied with public transport but by backing Citizens Advice Scotland’s national public survey nationally we will play our part in helping to ensure that the views of as many people are fed into this process.”

Lucy Manson, community action manager at Citizens Advice Scotland said: “The ultimate aim of the campaign is to get better buses for Scots.

“In order to do this we need to ask people what matters to them when traveling by bus, and this is why we’re launching the campaign and survey.

“We’d like people to tell us how satisfied they are with their current provision: do you want more routes, better timetabling information, or something else?”

After the survey closes on October 22 Citizens Advice Scotland will collate, analyse and use the findings to speak out on behalf of respondents by presenting their top priorities in relation to bus travel.