09/10/17
Back to articles
Tweets by DundeeCouncil 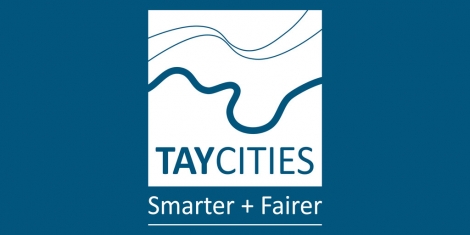 BUSINESS leaders from across Tayside and Fife have joined forces to help advise and direct the area’s cities deal bid.

The Tay Cities Enterprise Executive (TCEE) will harness the expertise of the private sector to help successfully deliver the Tay Cities Deal which aims to create thousands of new jobs in the next decade.

Chaired by DC Thomson Media executive chairman Ellis Watson, the executive and a wider forum also chaired by Mr Watson, bring a wealth and breadth of industry experience to the bid.

He said: “The memberships of the executive and forum reflect the quality of expertise that our region has to offer.

“I’ve purposely sought out dynamic, connected and opinionated people who have a common passion for handing our region to the next generation in better shape than we received it.

“The forum, consisting of around 40 members, spans industries as diverse as brewing, training and video gaming, bringing specialist expertise and their own networks to support this critically important endeavour.

“An executive team of 12 will direct this wider resource and work alongside the Tay Cities team and council leaders to make the most of this once-in-a-lifetime opportunity.”

The Tay Cities Deal is a partnership between local, Scottish and UK governments and the private, academic and voluntary sectors which seeks to create a smarter and fairer Angus, Dundee, Fife and Perth & Kinross.

In total, the 56 projects submitted require an investment of £1.84 billion of which £763 million (42%) over 10 years is being sought from the Scottish and UK governments and their agencies.

One of the business leaders' key tasks will be to provide counsel to the 56 projects which have been put forward as part of the bid. These projects have the potential to deliver as many as 15,000 job opportunities across the region.

The forum will meet quarterly as the bid progresses, and members will be asked to provide insight and feedback on delivery, as well as input into projects.

The Executive met for the first time on Monday while the Forum will hold its first session early in the new year.

Mr Watson added: “It was encouraging to hear the Chancellor, Phillip Hammond, speak of his enthusiasm for the Tay Cities Deal during a recent visit to Dundee.

“However, we are all aware that tapping into every source of expertise is crucial if we are to make this happen and deliver the sustainable change for people living and working in the area that the Tay Cities Deal promises.”