04/10/17
Back to articles
Tweets by DundeeCouncil 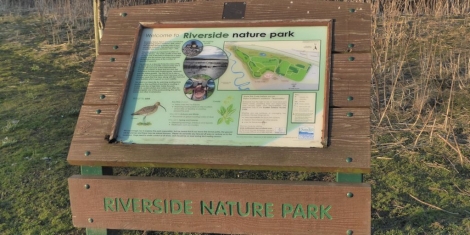 THE EFFORTS of staff, volunteers and members of the public in controlling dogs at a city nature reserve is paying off.

In April visitors to Riverside Nature Park were asked to help protect internationally important ground nesting birds by sticking to surfaced paths and making sure dogs were on the lead.

Volunteers have been surveying the Skylarks, revealing that very young fledglings were found in three different areas. Results also show at least seven different males were singing over the meadows, attempting to breed.

Kevin Cordell convener of Dundee City council’s neighbourhood services committee said: “These may not seem like big numbers but it shows significant increases on previous years, and we are hoping next year more people will be responsible and help more Skylark young survive.

“Volunteers have been monitoring numbers of ground nesting birds like Skylarks since the park was opened six years ago and despite improvements to their habitat, there has been a decline in some species, with Skylarks failing to breed between 2013 and 2015.

“So when these chicks successfully fledged it was really good news.”

Lapwings and Skylarks in particular are known to be sensitive to disturbance, and don’t breed if people or dogs get near to the nest site. In the UK, Skylark numbers have halved since the 1980s.

Working with the Friends of Riverside Nature Park, comparing work at other local nature sites and following guidance from Scottish Natural Heritage, Dundee City Council asked all visitors to keep to surfaced paths and keep dogs on the lead throughout most of the park from April to July.

The effect of the information signs was monitored and people with dogs off lead or walking off the paths reminded of the damage they are causing.

Riverside Nature Park was opened in 2011, created out of the city’s former landfill site.

Habitats have been created including the largest wildflower meadows in Dundee and bird watchers have identified more than 130 species visiting the park and the adjacent estuary.

The active “Friends” group are keen  to run an education project with local schools next year on the Skylark, celebrating the bird’s song and examining its struggle to survive.

Find out more about the park at www.dundeecity.gov.uk/environment/riversidenature  and the Friends Group at www.facebook.com/riversidenatureparkdundee