16 Days of Activism Against Gender Based Violence

23/11/18
Back to articles
Tweets by DundeeCouncil 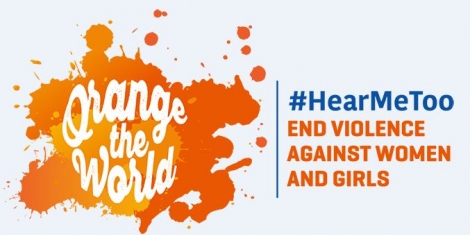 A 16 DAY programme of events and activities in Dundee to highlight violence against women is set to launch this weekend.

The city’s Violence Against Women Partnership is marking the worldwide 27th annual campaign to eliminate all forms of gender based aggression.

Running from Sunday November 25, the International Day of No Violence Against Women to December 10 which is Human Rights Day, the campaign will symbolically emphasise that violence against women is a violation of human rights.

Each year the Dundee Violence Against Women Partnership works with member organisations and national groups to bring together a programme of awareness raising activities.

The theme for this year’s international campaign is “End Gender-Based Violence in the World of Work” which aims to continue to target the institutions where it goes on and push for systemic change and accountability.

People living in Dundee, as well as professionals working in the field, are being encouraged to attend a range of events and to come together to support the elimination of violence against women in all its forms.

A full list of all of the activities taking place during the 16 days can be found at : https://bit.ly/2OYDvc4