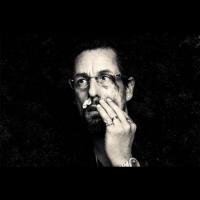 Sandler plays Howard Ratner, a motor-mouthed jewellery dealer working in New York's Diamond District in 2012. The Safdies' father worked in this area when they were young, and it's clear the filmmakers know this setting well ' it is at once both flashy and lived-in, blending financial excess with a real sense of grit and grime. Ratner himself is a thoroughly desperate individual; he owes money all over town and lives from one gamble to the next, hustling his way through life. As the loan sharks circle, Ratner comes up with a scheme to break himself free of his relentless cycle of wins and losses, even as we see that he maintains an unhealthy relationship with risk, and his chaotic lifestyle perpetuates his struggle.

With a unique visual style, an unusual supporting cast (Lakeith Stanfield, Idina Menzel, former NBA star Kevin Garnett) and a tense score by Daniel Lopatin (AKA Oneohtrix Point Never) Uncut Gems is a relentless watch, crackling with a nervous energy to match that of its flawed protagonist. Another exhilarating entry in the filmography of two of the fastest-rising directors in cinema today.